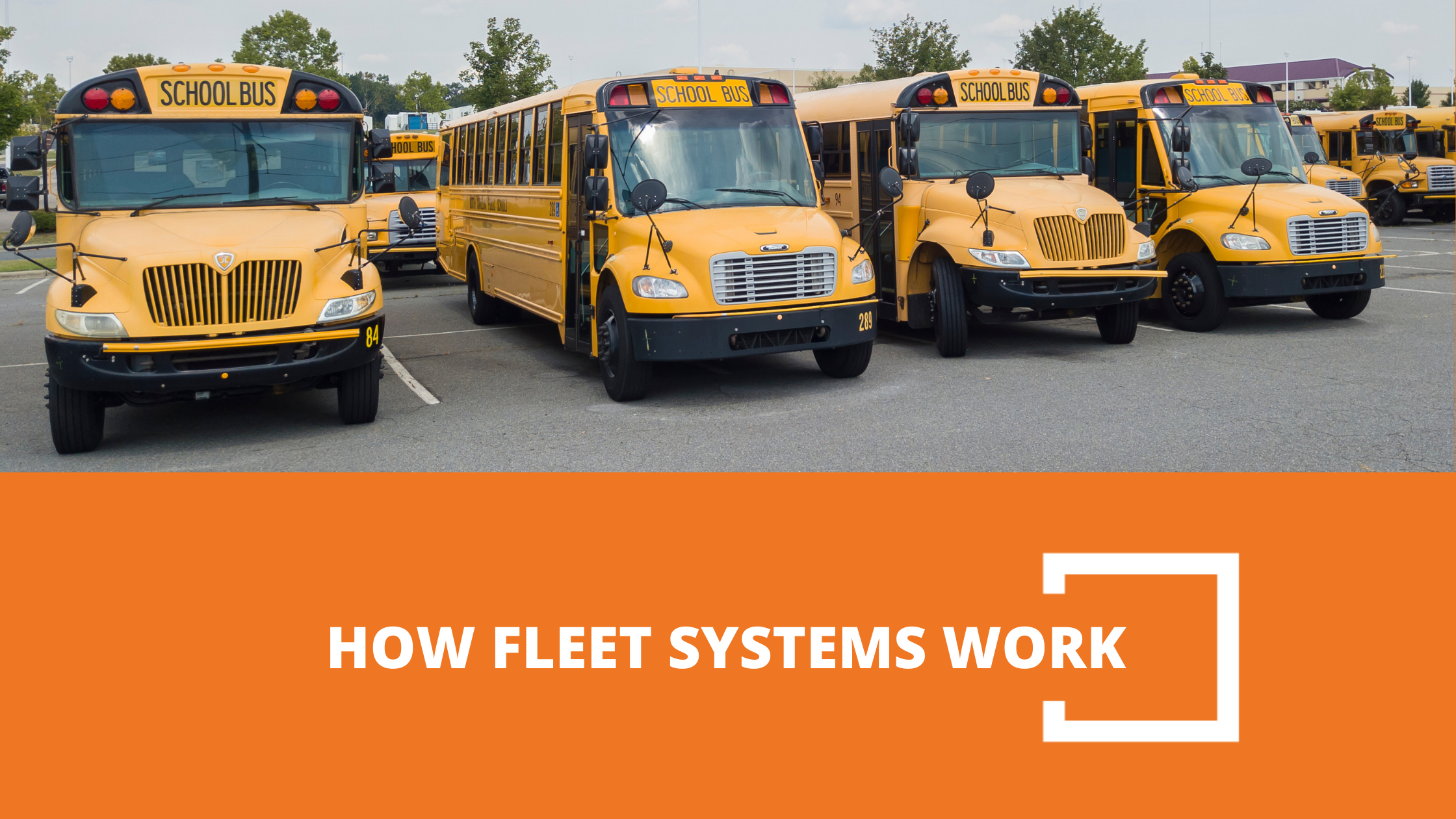 If you’ve ever been in a hurry, you know this feeling: getting trapped behind a big, yellow school bus, making multiple stops and driving slowly. We have all been there, frustrated with the slow speed, but there’s a reason why those buses have to be so very careful: they’re filled with precious cargo. Parents and guardians across the country entrust their children each day to the school bus systems, drivers, and routes. Although strides have been taken to make the school vehicles as safe as possible, there are still several areas of concern when it comes to this aspect of the education system, including traffic accidents, other drivers on the road, and strangers having access to the passengers or routes as they make their stops. So what’s an educator to do? How do you protect these precious passengers, and give your school staff and families confidence that the buses are as safe as possible? In this blog, we will explore how nSide’s innovative fleet systems work, and how they give everyone involved an extra layer of communication.

Who rides the school bus?

If you’re wondering who these routes actually serve, you may be surprised at the sheer numbers of students who use school transportation. Recent statistics from School Transportation News indicate that in the 2018-2019 school year, there were 1,365 crashes that involved school buses. This accounts for only a small fraction of the number of minors who rode a school bus during the same timeframe, which the American School Bus Council estimates at approximately 26 million students. In 2016, the statistics showed that approximately 20 million children who were younger than 9th grade rode the bus, and that the bus riders typically live more than two miles away from the school they’re attending. In addition to providing transportation for any child who may need it, it’s important to note that the bus provides opportunity for those who wouldn’t have access to a private, working vehicle. The same research showed that 20% of the children riding the bus in 2016 were from homes who’s income level fell below the poverty line. Even when low-income families own a personal vehicle, it doesn’t mean it’s easily accessible; obstacles like the cost of gas, a parent available to drive it, and a car that is good condition all can hinder the ability to get a child to school without help. On average, a school bus travels 12,000 miles per year, and replaces the travel of approximately 36 regular vehicles.

What has been done so far about safety on school buses?

Thankfully, these school vehicles are one of the most regulated transportation methods. Since their inception in 1914, when they were a very unreliable and dangerous carriage that provided almost no protection to its riders, the recognizable school bus has come quite a long way. One of the first changes made to provide a higher level of safety was innovated by Frank Cyr in the early 30’s, who was himself an educator, and it was to make all school buses the same color. In 1974, school fleets had all adopted the vibrant yellow color throughout the country, which made them more visible during early mornings and early evenings, when they were most heavily used. Since the mid 60’s, the safety features of the standard school bus have been regulated by the federal government, in order to comply with newer technologies and standards.

The design of the actual vehicle is part of what makes modern buses more safe than a  regular passenger car. A child is actually seventy times more likely to get in an accident while riding as a passenger, than to get in an accident on the way to school on a bus. They feature things like flashing red lights, plenty of mirrors, and sturdy construction to best protect the children inside. Although the larger ones do not have required seatbelts, this is because they are constructed using a system called compartmentalization. Compartmentalization makes seats that can absorb energy in a crash, and help protect the riders in the event of an accident. The National Highway Traffic Safety Administration also monitors the minimum safety standards for a school bus, ensuring that there is accountability for bus manufacturers.

No one likes to look back and see instances where accidents or mishaps occurred involving school buses, passengers, or drivers, but they can help shape the safety standards for the future. There are several instances in the last ten years, where children were involved in these types of situations.

In 2013, a five year old boy was taken hostage during a crisis in Midland City, Alabama. The perpetrator, Jimmy Lee Dykes, managed to board a school bus, where he shot and killed the driver and took Ethan Gillman (age five) hostage. Another student who was present on the bus called 911 when Dykes boarded the vehicle, and first responders were able to apprehend Dykes later on. He had proceeded to leave the bus with the child, barricaded himself in a self-made bunker, and was shot by the authorities. The little boy was thankfully rescued and lived through the harrowing event. During such an instance as this, nSide’s technology would allow bus drivers to receive emergency help more rapidly, and enhance their communication abilities. When time is of the essence (such as in a kidnapping), the goals are to prevent unauthorized access to the children, AND get help to the bus in a hurry, and nSide helps schools do both.

Let’s take a look at a few more instances when things relating specifically to riding the bus went horribly wrong:

These are grievous and horrible accidents that primarily involved drivers who failed to stop at the stop sign or for the flashing lights. Each year, the National School Bus Loading and Unloading Survey updates all the fatalities and accidents that occur during the entering and exiting at bus stops. Children who were under nine years of age account for the largest number of fatalities since the 70’s, and the current average shows that around 6 children die every year from bus-related accidents. Among the almost 1500 reported crashes researched by School Transportation News, approximately 16.5 percent were found to be the fault of the bus driver, school district, or private bus company. This is where many of the safety features of nSide’s amazing fleet communication system come into play.

We pride ourselves on combining the best of modern technology with accessibility for schools and their educators. One of our products is called nSide|Fleet, and it provides an extra layer of safety for school bus drivers, their passengers, and the staff that oversees them. As we mentioned above, with just over sixteen percent of accidents correlating to school or bus companies directly, it’s crucial that schools reduce their liability and make their modes of transportation as safe as possible. nSide|Fleet does just that; giving schools the ability to monitor their entire group of school buses in just a few clicks of a mouse. Not only can they access this digitally, it can be securely accessed no matter where you are. For administrators and principals, this means you can check in on any situation while on the go. Here are some of the benefits of the service:

How Bus Safety Benefits Everyone

Obviously, the primary beneficiaries of increased bus safety are the students who use it as a mode of transportation. But on top of this most important benefit, parents will benefit as well. They will have peace of mind knowing that the school has eyes on the buses it utilizes, and knows where their children are at all times going to and from the school. Lastly, one of the primary benefits of using such a system is that the school has backup: by using nSide, they have a system set in place that gives drivers accountability and confidence while they are on the road. With nSide, your school bus fleet will be safer on the road and off. This means that on the roads of your community and city, both pedestrians, students, and other drivers will benefit from the added monitoring.

Are you ready to get started with a customized quote? We would love to help you get your bus fleet set up with these unique safety features, and help keep all of your students safe on that morning and afternoon commute.

Track your entire fleet of school buses within the nSide platform