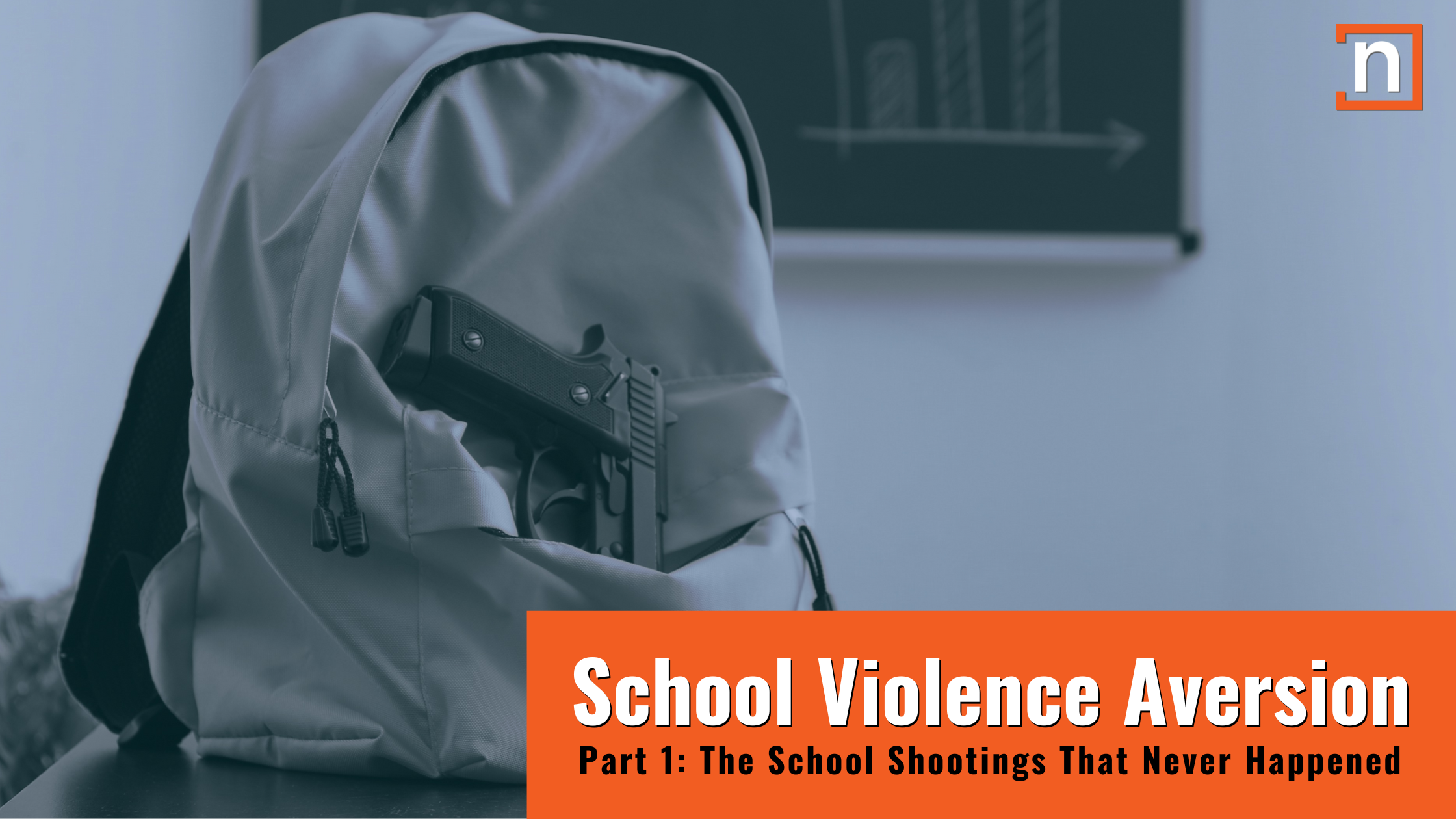 School shootings. School violence. These terms are enough to stir fear in even the most stoic of school leaders. It is the most dreaded topic of conversation, and yet the constant barrage of media coverage on the latest violent incident makes it impossible to avoid. Even violence prevention training can be a grim affair when details of what has happened and what could happen are discussed.

Of course, we must address these topics when we work in schools, no matter how scary and uncomfortable it may be. However, what we sometimes forget is that for every violent incident that makes the news, there are countless other incidents that are successfully averted.

A History of Red Flags

One such incident happened in Malcolm, Nebraska in 2004, just five years after the Columbine shooting in Colorado. Josh Magee, a 17 year-old student at Malcolm High School, was arrested in the school parking lot on March 16, 2004 after a staff member saw him drinking liquor from a flask and putting on a black overcoat. While this may not seem to be an obvious clue to his violent plans, the behavior was suspicious enough that the staff member contacted police.

When police arrived, they searched Josh Magee’s car and found a bolt-action rifle, several rounds of ammunition, and twenty rigged homemade bombs. With the weapons, police also found a handwritten note from Magee saying that he wanted to kill everyone in the school except for three of his friends.

The car was parked less than 100 feet from a school building with over 400 students. Josh Magee was charged with attempted first-degree murder.

The trouble had not just begun that day, however. The actions of Josh Magee in the parking lot that Tuesday followed a long history of red-flag behavior at the school. Having shown an interest in violence and weapons from a young age, he had been on the district’s radar since elementary school.

According to teachers and classmates, he talked frequently about the 1999 Columbine shootings, in which Eric Harris and Dylan Klebold killed 12 students and a teacher before killing themselves. He even expressed his admiration of Harris and Klebold to classmates in private conversations. When classmates reported to faculty that Magee was bragging about building and testing explosives at home, faculty and staff members started paying close attention to Magee’s movements and behaviors.

When Magee was seen swigging liquor from a flask and donning a black overcoat similar to those worn by the Columbine killers, a staff member wasted no time reporting another suspicious behavior from the teen.

There is no doubt that the staff member’s judgment call saved lives that day.

A Friend Speaks Up

Another incident of averted violence comes from Pottstown, Pennsylvania in 2008. It started with a teenager who stole three handguns from his father after expressing a plan to kill classmates and himself. His father reported the stolen handguns, not knowing then that his report would play a key role in stopping his own son’s violent plans.

Richard Yanis was in the ninth grade at Pottstown High School in December of 2008. He was planning to smuggle his father’s guns into school shortly after Winter Break, shoot other students, and then turn a gun on himself.

One day, he handed a bag to a friend, asking him to hold onto it for him. The friend took the bag home and opened it. Inside he found three handguns and ammunition. The friend reported this to his stepmother, and the two of them took the bag to a nearby creek and dumped the weapons there.

Later at school, the friend told a teacher about the guns, and police were contacted. The police were able to talk to the friend and get the details they needed to recover the weapons and learn of Yanis’s plans.  When police found the weapons, they discovered that they were the same weapons reported stolen by Yanis’s father a few weeks before.

Richard Yanis was taken into custody before any part of his plan could be implemented.

A tragedy was avoided because a friend spoke up. Yanis had no history of aggressive behaviors at school, and family friends were shocked by his plans, saying it seemed out of character for the teen. It was later revealed in court that Yanis had been a victim of severe bullying at school, but he had never told anyone what he was going through.

These stories show a few key elements of school violence prevention: awareness, threat assessment, and reporting. Josh Magee had a history of fascination with violence and weapons. Faculty and staff paid attention to his behavior, and when he began acting suspiciously, they did not hesitate to call the authorities. Richard Yanis had no history of aggression. However, his friend recognized suspicious behavior and reported it. His actions most likely saved lives.

nSide is first and foremost about preventing school violence by emphasizing safety measures that build awareness, make threat assessment easier and more accessible, and increase response time when a report is made. If you are already an nSide user, be sure to tell your faculty and students about our Tips page. Tips about suspicious behavior or known plans can be reported anonymously at tips.nside.io. If you would like to learn more about how to improve your school’s safety plans, please contact us today. Our support team is available 24/7 to answer any questions you may have. You can reach us by emailing help@nside.io, calling 1.800.604.1822, or by using our live chat function available on our website and in the platform. 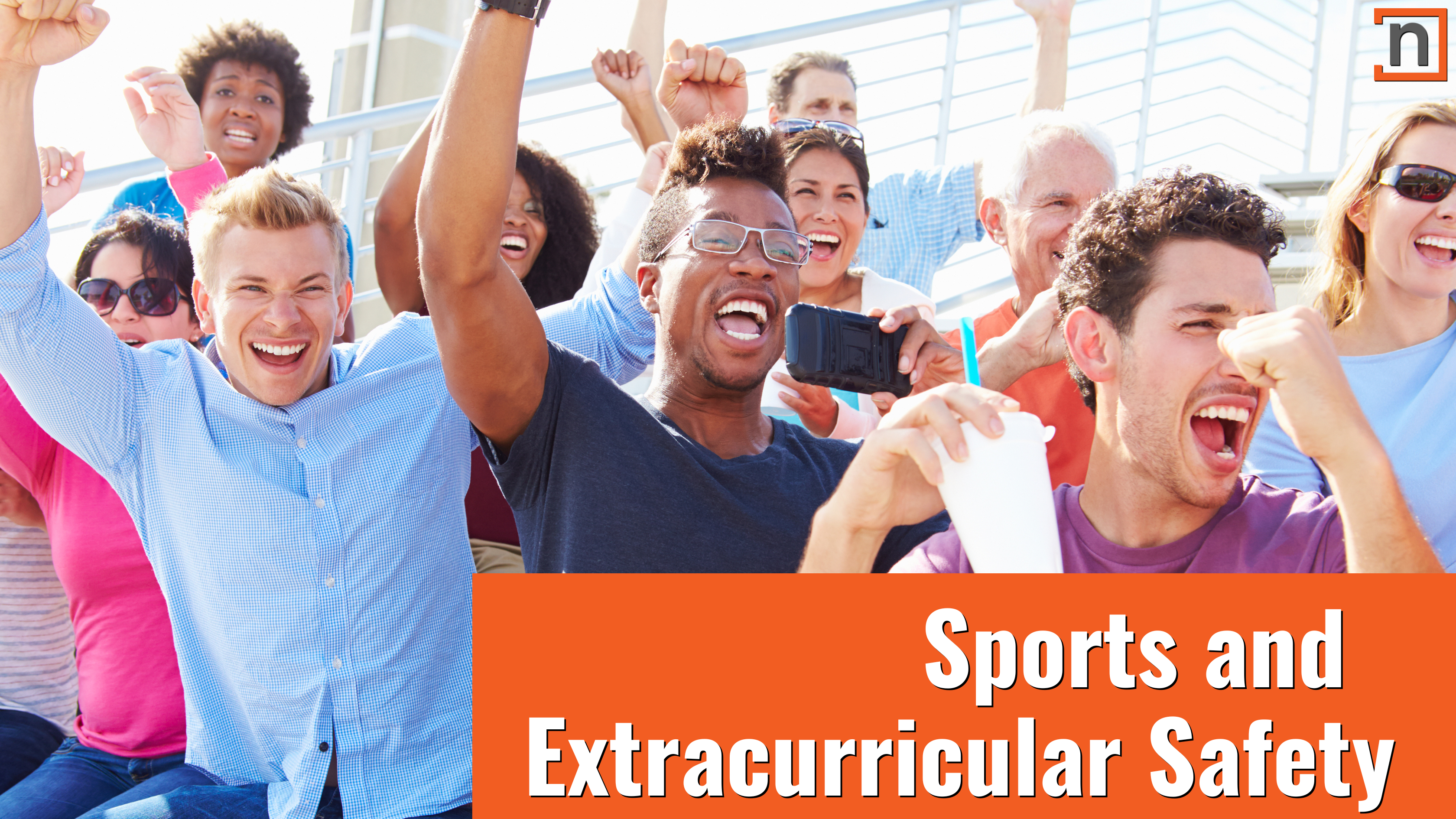 The sun is setting behind the bleachers, and Friday night lights beckon football fans from around the community to come relive the beat of the band, the chants and cheers, and the buzzing energy from the sidelines of their high school days. There is a certain comfort in a Friday night game and the traditions that have survived for decades and created a culture of community pride and camaraderie.

When you walk through those gates and feel the energy of game day, does it feel safe? In the midst of the excitement, has the school prioritized a safe environment for community members?

School safety does not end when school is dismissed. School safety is a culture that must extend to school sporting events and extracurricular activities where the general public is as much a part of the school community as students and staff.

Planning is one of the most critical aspects of school safety. When it comes to extracurricular activities, there are few restrictions as to who can be involved. Therefore, it is important to have an effective method of communicating emergency procedures to staff and volunteers. Plan to share information with the appropriate people before, during, and after an event. This may include parents, coaches, law enforcement, students, administrators, etc.  If handheld two-way radios are available, distribute those in a way that communication can reach all areas of the event location. However, these events can be loud and distractions are inevitable. It is a good idea to make sure that staff and volunteers have their personal cellular devices with them, and that a mass communication app is being used.

It is also extremely important to include sporting events and extracurriculars in your Emergency Operations Plans. All faculty and staff should be trained in emergency plans for sports and extracurricular activities in case they are needed for these events. In addition, even when not working or volunteering, many faculty and staff simply attend these events in support of students. When trained to handle emergency situations, their presence adds to event security, since they know what to look for and how to respond.

Another important way to plan ahead is to familiarize yourself with the emergency procedures of the away venue. While most schools plan for the same things, that does not mean they plan the same way. You should also consider establishing a direct line of communication with the contact person and security team at the away location.

Luckily, severe weather is a type of emergency that can usually be planned for well in advance. However, it can sometimes sneak up unexpectedly. In this case, make sure you have a clear protocol for weather delays and how they are to be communicated. Have a readily available and easily accessible shelter-in-place location in the event that there is an extreme emergency. Make sure your coaches, teams, and parents are familiar with the procedures as well. When traveling, it is always a good idea to also be familiar with the emergency protocols of the away venue.

Unlike severe weather, it is nearly impossible to know when a fire will occur. In the event of a fire, no matter how big or small, it is important to have evacuation plans. When outlining your evacuation plans, make sure that you are not overlapping with emergency responders. For example, once they exit the building, you do not want people to be standing where a fire truck will be parked, or possibly blocking a fire hydrant. Having plans in place that take these types of precautions into account saves time when an emergency occurs.

Similar to fire procedures, a bomb threat requires an evacuation plan. It is important to note that not just anyone can recognize a bomb threat. With today’s technology, these threats can present themselves in many different ways. It is critical to have members of your safety team that are able to identify any suspicious activity or suspicious items at an event.

Another important thing to note is that many students make these threats with no intention of ever actually carrying them out. In this age of social media, these rumors and threats can spread like wildfire. However, it is always better to be safe than sorry. Have a designated person or persons that can communicate and  intervene in the appropriate way when this occurs.

When we attend sports and extracurricular activities, we often take safety for granted. These events are designed to be fun and exciting for both students and the community. Taking a few extra steps before these events to ensure safety precautions are in place can help everyone feel more safe. Make sure your staff and volunteers are trained in emergency response procedures, and most importantly, make sure communication stays open and clear.

The nSide platform is a valuable resource for your safety plans, including plans for sports and extracurricular activities. Contact us today to see how we can help you make your extracurricular events as safe as possible. Our support team is available 24/7 to answer any questions you may have. You can reach us by emailing help@nside.io, calling 1.800.604.1822, or by using our live chat function available on our website and in the platform.